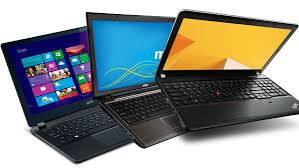 According to Tourism Update, they announced the below regulations on their website on 22 March 2017.

Going forward, there is a ban on personal devices in carry-on luggage.

Such devices include cameras, tablets and laptops.

Only Smart Phones will be permitted in carry-on luggage for travelers to  United States of America via the following airlines and hubs:

At this stage, direct flights operated by  Delta Air Lines are not affected by the USA Department of Homeland Security (DHS) ban on carrying certain electronic devices in the cabin.

Travelers flying into the United Kingdom can no longer take devices that larger than 16cm x 9,3cm x 1,5cm as carry-on luggage on flights from Turkey, Egypt, Saudi Arabia.

The UK has not included flights from Dubai, Abu Dhabi and Doha as yet.

Although passengers can pack such items into their checked baggage, note that travel insurance does not cover high-value items that are in checked-in luggage.

Please note that Medical devices are excluded from this regulation.